Erin Coffel is a lot of things. She is a smooth-fielding shortstop, a power-hitting master and an overall great person. In a few years, she will step onto the field as a Kentucky Wildcat.

This summer, Coffel had a .455 batting average with 16 home runs, 65 RBI and 43 stolen bases. She led her Indiana Magic team at high-level tournaments including PGF Nationals, where they took third. 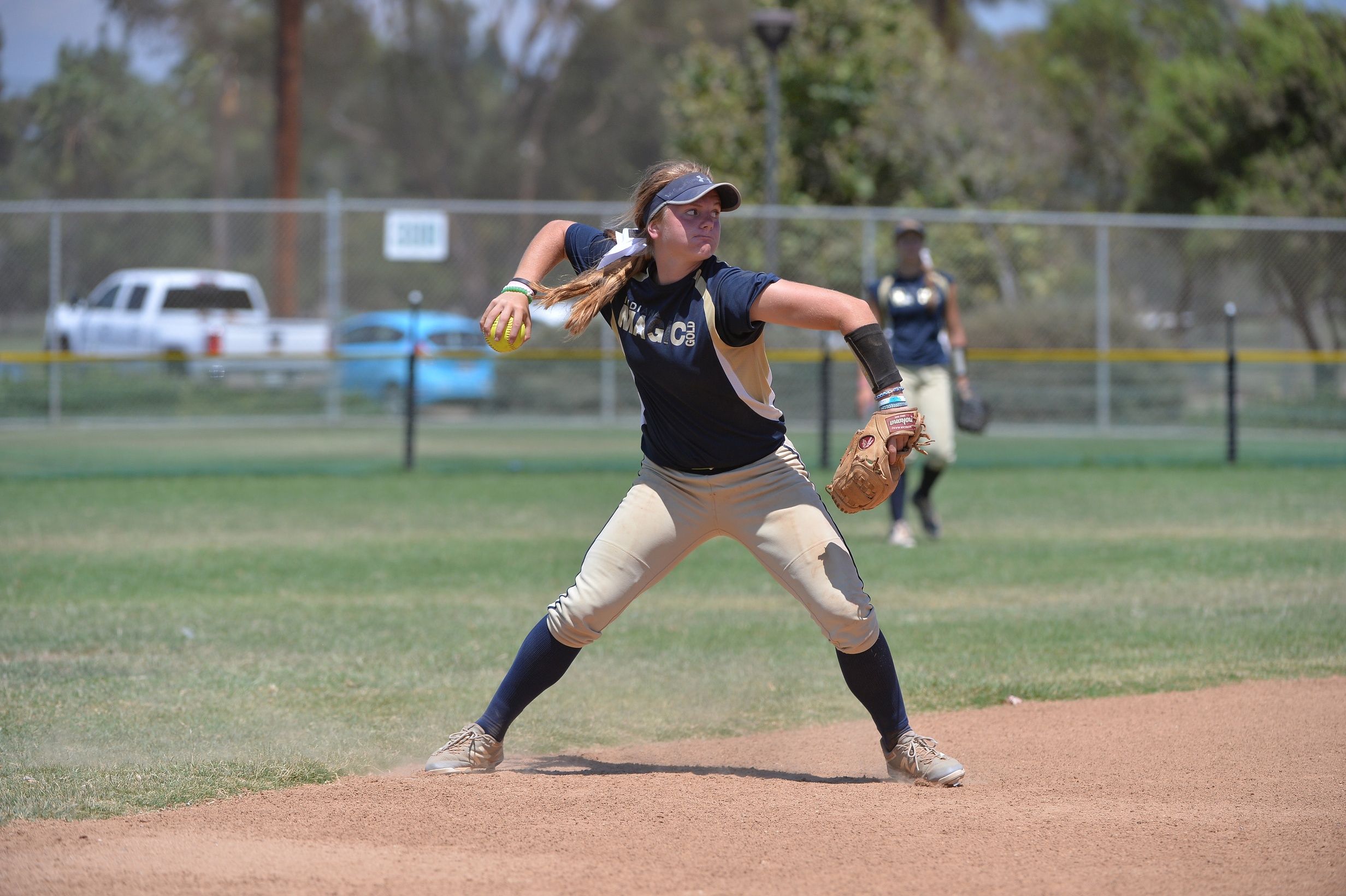 “Erin is one of those special players that when you look at her play, she has the “IT” factor,” Indiana Magic Coach James Rudd said. “On defense, she routinely makes the most difficult plays look easy. On offense, her power is on display. Erin has unlimited potential and a tenacious work ethic that will enable her to go far in this sport.” 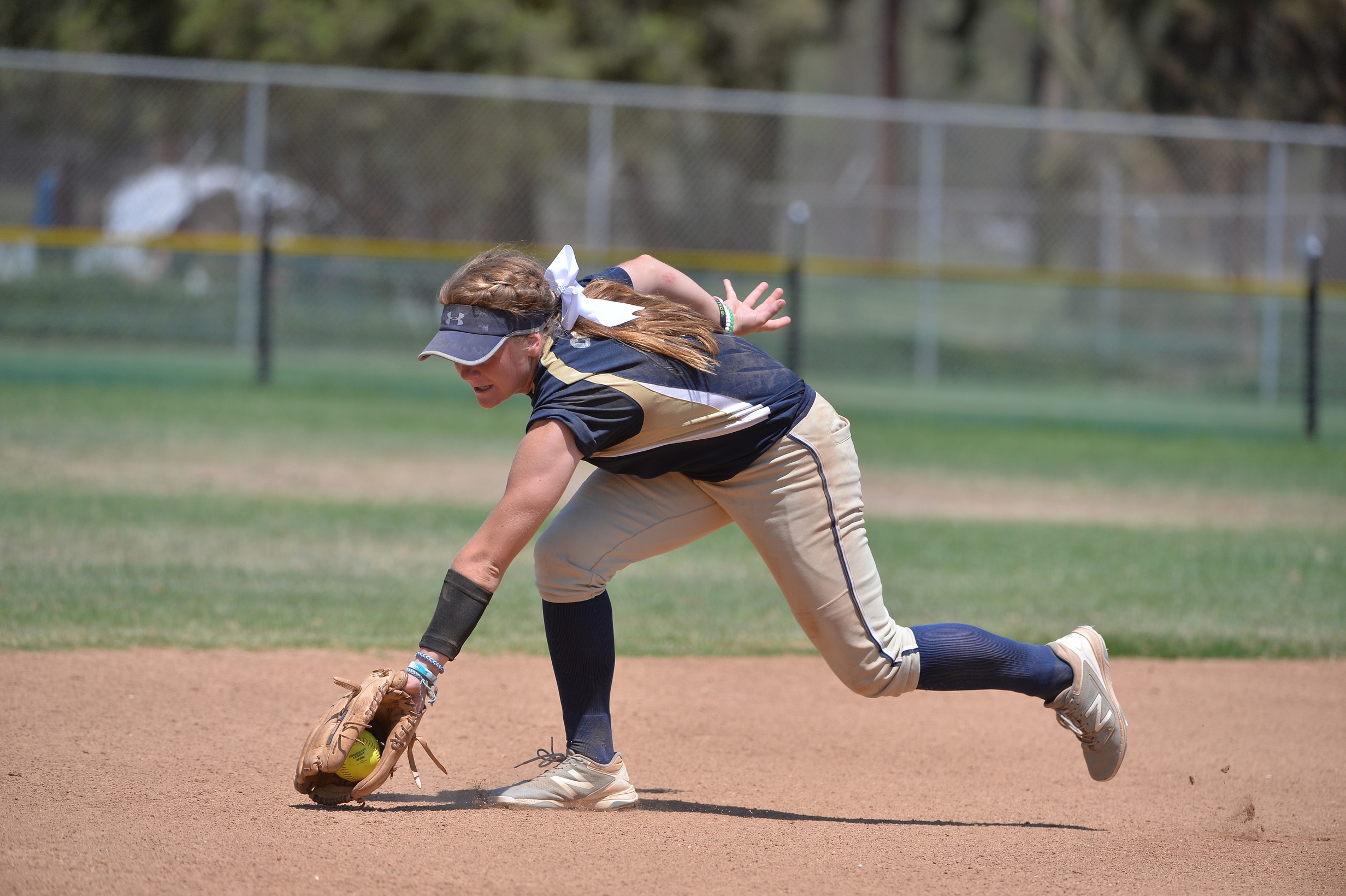 During PGF, Coffel led off in the first inning against the Bastbusters and blasted one over the left field fence. You would think she would be nervous in all of the nail-biting situations she finds herself in, but her calm demeanor is infectious, and, because of it, she has played a huge role in shining a light on her team and the state of Indiana.

“We didn’t expect it to happen but we overcame everything and just played our game,” Coffel said. “It was so much fun. I feel like we came together more as a team and it was just a blast. We always call ourselves the Indiana Tractors because no one knows where we come from. Representing the Midwest was a great feeling because no one ever expects that to happen. Especially from our program. I think that was the best any of our program’s teams has ever done there.”

So how does it feel to be a 2020 committed to the University of Kentucky? For Coffel, she is soaring.

“I am so relaxed right now,” Coffel said. “My basic routine is go to school, come home, get better, and go workout with my dad when he gets home. I’m just trying to get better and work hard.”

Her drive and focus are and will continue leading to great things for the Magic and for her career in Lexington.

“Erin is a very driven and focused young lady that is always expecting the best out of herself and her team,” Rudd said. “She is a competitor. Off the field, she is a nice person that always treats people with courtesy and respect. She is somebody that you want your daughter to hang out with because she is a good influence. 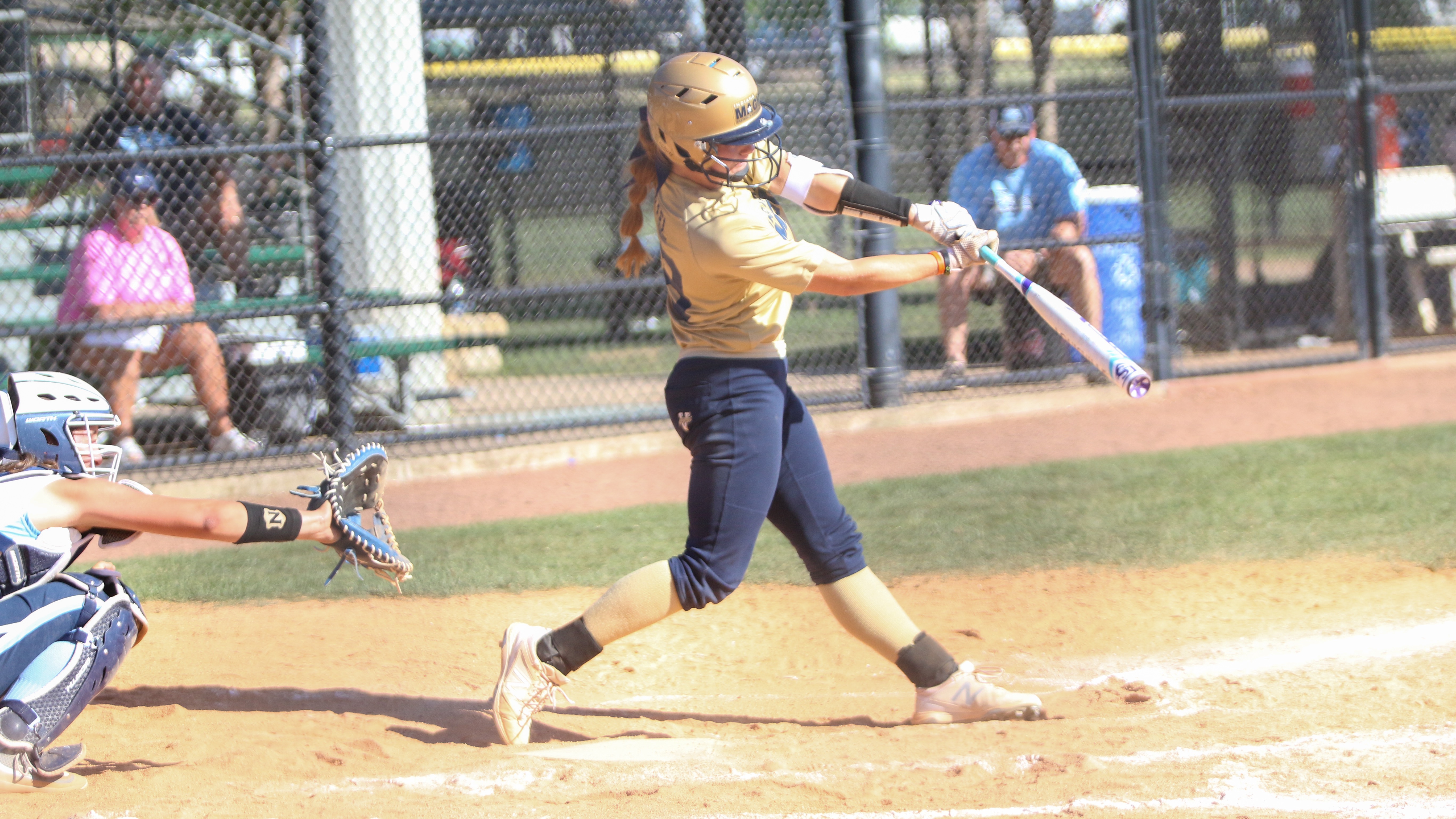 In sports now, you see so many players focused on themselves and what they can do to get noticed. It is just nice to see a player like Erin that puts her team first and is genuinely happy for other players when something good happens to them. She is a true teammate.” 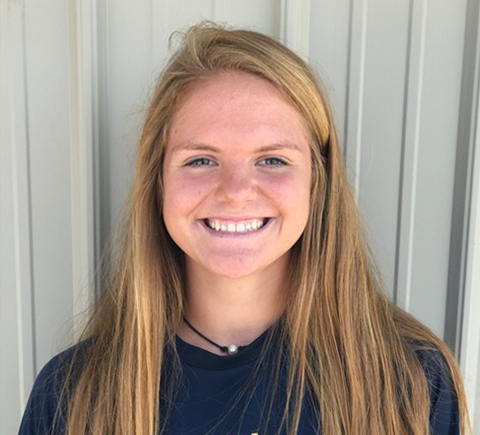 What was the highlight of your summer and why?
It was definitely PGF Nationals because we went there just trying to compete with some of the best teams in the nation. We didn’t expect it to happen but we overcame everything and just played our game. It was so much fun. I feel like we came together more as a team and it was just a blast.

What was your best moment at the tournament?
We were playing the Batbusters and I was leading off that game in the first inning and I hit a home run to left field. It was a bomb. So that was pretty cool–setting the tone.

What were you thinking running the bases?
I was like “Wow, Erin, good job! You set the tone, that’s awesome!” 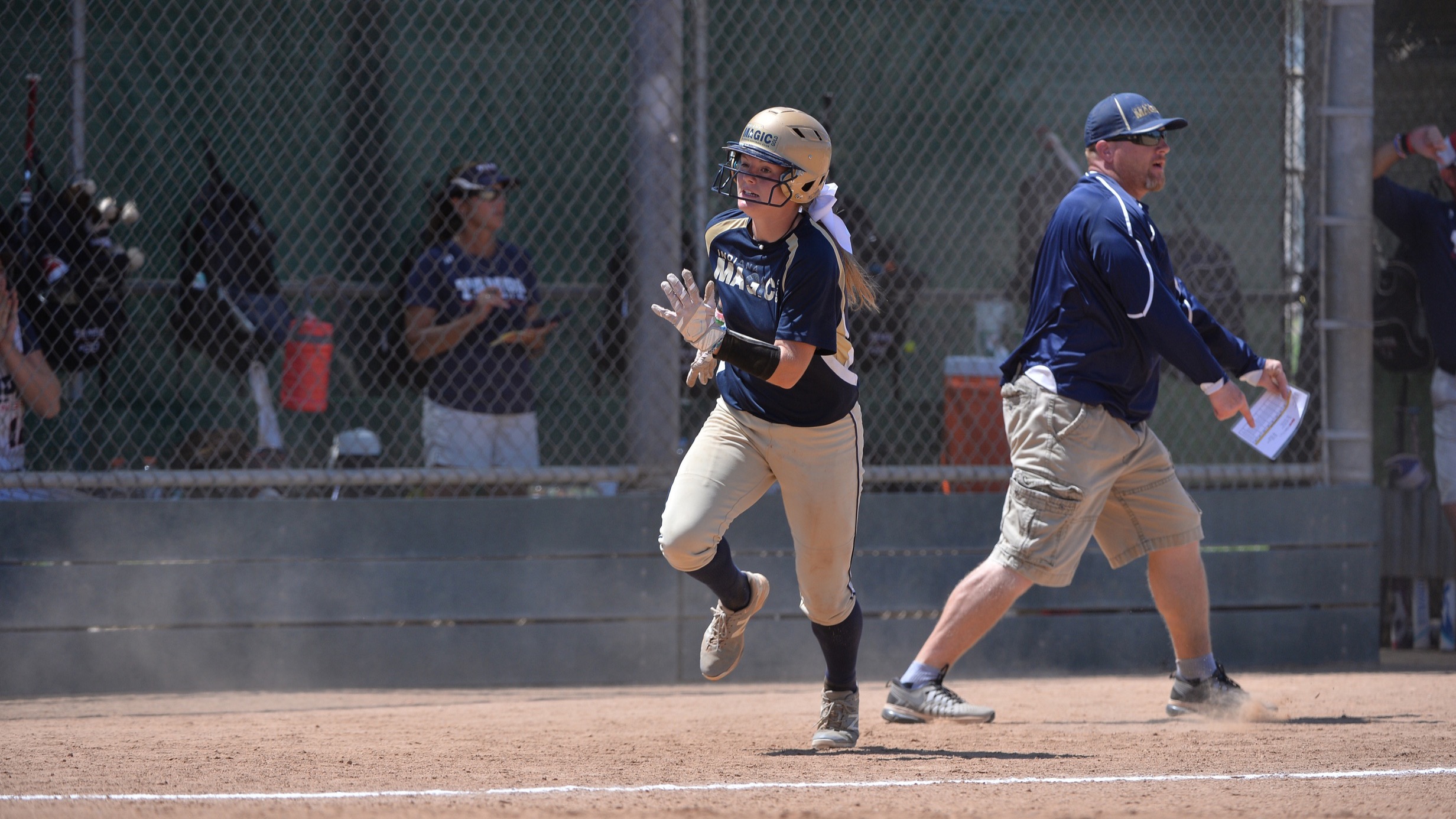 California teams get a lot of attention in the softball world. How does it feel to be on a team from Indiana going and playing on this stage and making a name for your team and your state?
It was awesome. We always call ourselves the Indiana Tractors because no one knows where we come from. Representing the Midwest was a great feeling because no one ever expects that to happen. Especially from our program. I think that was the best any of our program’s teams has ever done there.

What is the strongest part of your game and why?
My hitting. I can definitely hit for power and average. I’m very consistent with my at bats and I work on it all the time. If I’m having a bad day, that’s just what I go and do. It’s a lot of fun for me and I have fun when I’m up there.

Did your parents play sports?
My mom was a three-sport athlete and my dad was also one. My dad went to play college ball at a little, small college in Indiana. He was also drafted by the Yankees but he decided not to go. So that was pretty cool.

Why didn’t he go?
I don’t know. I always says it was because he wanted to be with my mom. He always says “you wouldn’t be here if I would have gone.”

What was the recruiting process like? Did you visit many schools? Why did you ultimately choose Kentucky?
Kentucky was the first school I laid my eyes on. I went to a camp there and I really liked it. They started noticing me in my first fall season with the Magic so I went on a visit there. I actually went to the camp the next day and when I was on my way home, Coach Lawson texted my coach and was like, “Hey, we like Erin” and she decided to offer me then.

So I was like “Oh, yes, yes, dad, let me do it!” but we had a visit planned with Michigan so he said I should go and see how it goes. So I did, and that was awesome too. And then we went to Northwestern. It was just an overall great experience and I committed about a year later, during my freshman year.

How did it feel to commit as a freshman in high school?
It was definitely overwhelming. I kind of wanted to get the recruiting process over with but I just tried to enjoy it as best as I could, taking all the information from all the schools. Kentucky was the first visit and it just felt like home. The coaching staff and the team were like a family and that’s what I want in a team and a school. 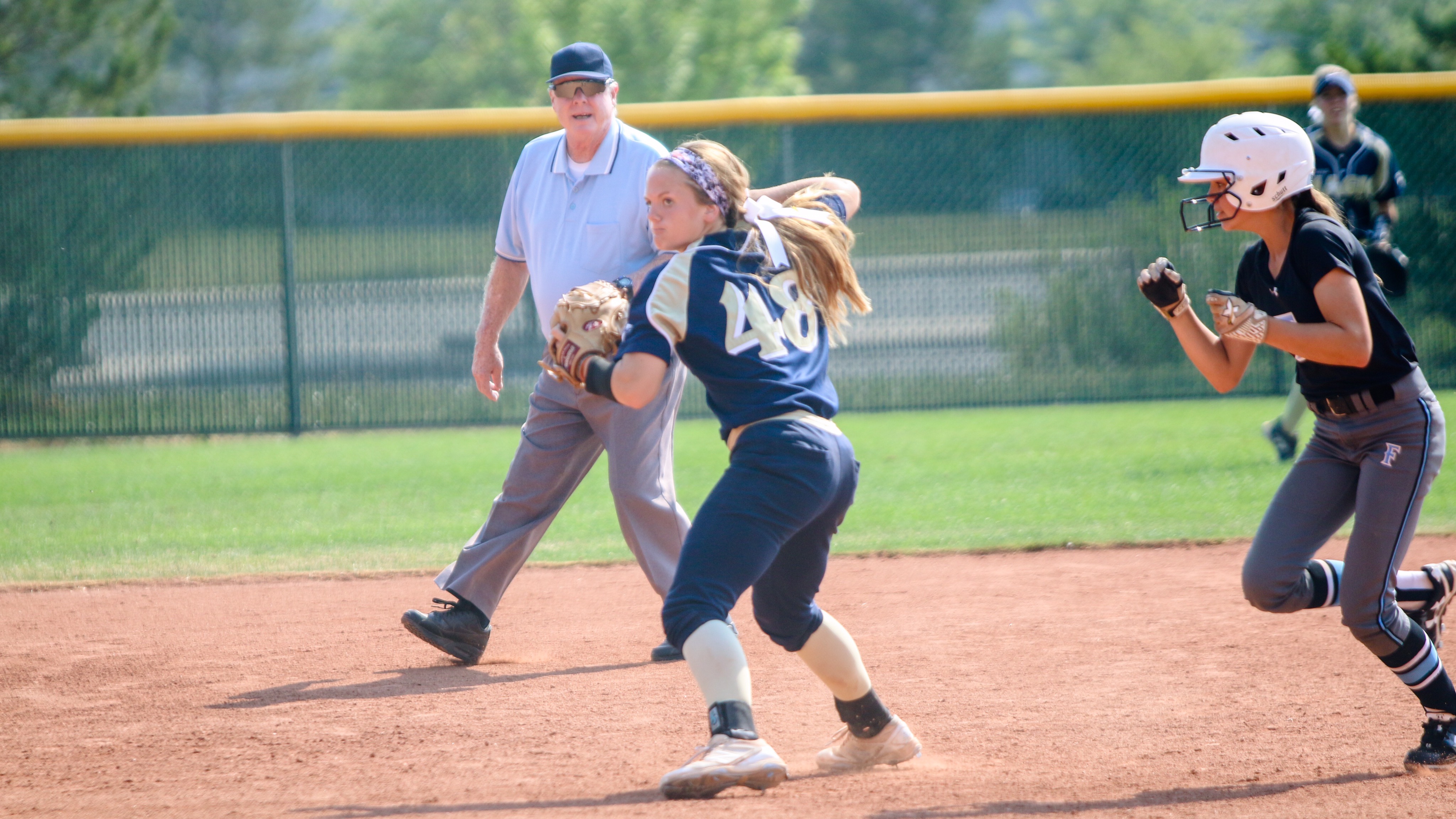 What advice would you give someone starting recruiting process?
Just have fun with it. Don’t rush through it. Visit all your options and don’t have your mind set on one school. Keep your mind open to everyone because you never know what they are going to offer you. Keep your options open and keep working hard and show them what you have.

Who is your biggest inspiration?
Probably my first grade teacher. She died of cancer a few years ago. She had a lasting impact on our community and was just an awesome teacher. She was active in her church and was always happy. When I would see her in the hallways, she would always give me a smile and a “hi” and it would make my day.

What is your favorite softball memory?
When I was in 12U and playing with the Indiana Thunder, we were in the World Series. We were down I think three runs and the bases were loaded and I hit a grand slam. And then we went on to win the World Series. That was pretty cool.

You seem to always come in clutch for your team. How do you stay calm in those nail-biting situations?
Usually, when I’m in the on deck circle, I like taking a few deep breaths and saying, “You can do it because you’ve worked so hard for these types of moments and there’s no one else I’d rather have in this spot besides you.” I think, “You can’t beat me” to the pitcher. I go in there with a clear mind and hit my pitch.

3rd place out of 72 teams @PGF_Network Premier National tournament! Not bad for a Midwest team. They played their hearts out! Proud of them!

What are your goals for next summer?
Probably to be more of a leader and to lead with more energy at all times. I can be kind of quiet sometimes so I definitely need to stand out more and be more consistent with my at bats.

What are you looking forward to the most in your move to Lexington, Kentucky?
It is going to be a change because Lexington is pretty big compared to Bremen. But I chose Kentucky because it wasn’t overwhelmingly huge.

Do you have any nicknames:
EB. Erin Beth (my middle name). I’ve had that name since I was 4 or 5.

Do you have any softball superstitions or rituals?
Usually, no. I listen to music before games but that’s not really anything. I just show up and play.

What kind of music do you like?
Country, pop, hip hop, just all of it.

What was the last song you listened to?
“Unforgettable” by Thomas Rhett.

What is your favorite quote?
“Never give up.” I don’t know who it’s by but I always go by that when I’m having a rough day.

If you could spend a weekend anywhere in the world with anyone, where would you go and who would you go with?
I would probably go to Switzerland because that place is beautiful. I would proably go skiing because I used to ski a lot but my dad made me stop because it can lead to dangerous things. And I would go with my team honestly. They are a bunch of fun.

Describe yourself in one word on and off the field?
On: A leader.
Off: Quiet …and funny sometimes.